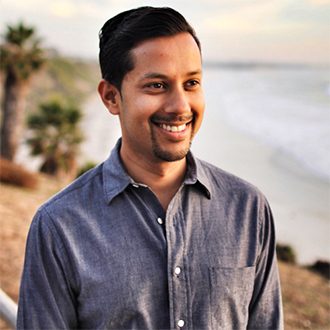 Amish Shah is a conscious entrepreneur best known for developing innovative platforms, crafting impressive marketing campaigns, and creating rapid business/sales growth models built to scale. Amish is a visionary and a futurist with many of his ideas and concepts being larger than life.

In just 6 years from his original startup company, DigiSpace tested campaigns over 50 different traffic sources and was able to serve over 100 billion impressions, which resulted in over $50 million dollars in sales.

In 2010, Amish’s company (DigiSpace) was named the 65th fastest-growing advertising and marketing company in the United States as well as the 10th fastest growing in San Diego, CA by INC Magazine.

In 2011, Amish created a Mobile Apps creation platform product. It was later acquired in 2013.

In 2013 Amish started a conscious ecommerce company called Deep Origins to use his previous experience in marketing, leadership, sales and technology to awaken the world through conscious media.

Beyond his businesses, Amish Shah has devoted his life to helping others achieve personal greatness and accomplishments as well through many of his courses, volunteer work and his new non-profit organization.