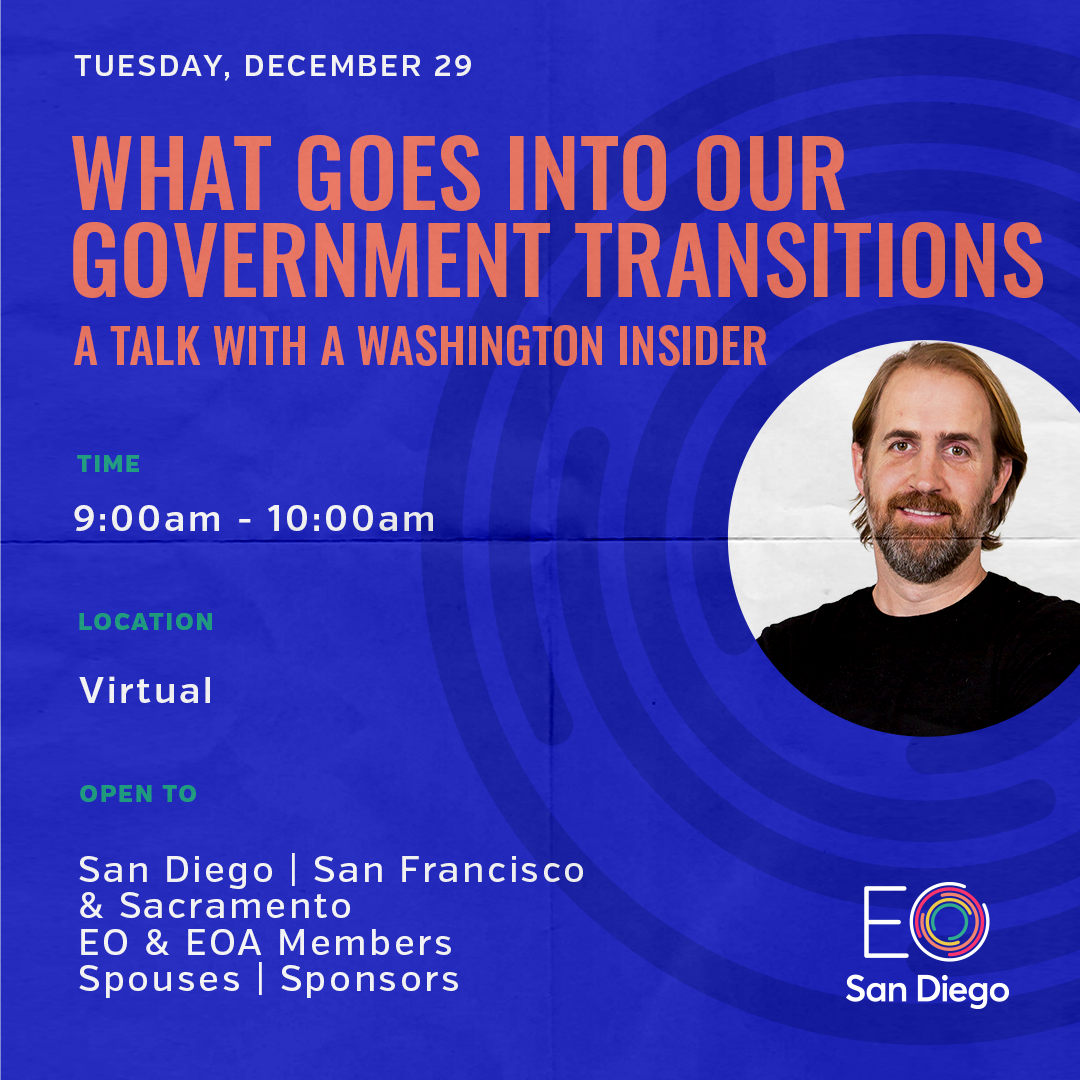 Tuesday, December 29th | 9am – 10am PST | Virtual
This event offers an incredibly unique opportunity to talk with someone from the inside of a presidential transition. Michael Slaby (bio below), worked on both Obama campaigns as CTO and CIO and the transition in 2009. He’s agreed to take time during this transition to give us a candid take on what actually happens when you win the presidency. He currently serves on a Biden 100-day committee, thankfully, he is not part of the Biden transition allowing him to speak freely. Bring your questions as there will be plenty of time for Q&A.
Michael Slaby is a world leader in digital strategy and technology and how they drive organizations and companies. Michael Slaby is chief strategist at Harmony Labs working on accelerating media reform and transformation. Previously, he founded and was head of mission of Timshel—a social impact technology company. He was a fellow at the Shorenstein Center at the Harvard Kennedy School of Government. Michael helped lead the Obama for America campaign as chief integration and innovation officer in 2012 where he oversaw all technology and analytics, and as deputy digital director and chief technology officer in 2008.Michael is the author of For ALL the People — his first book on the relationship between media, technology, and our civic life. has served as an advisor and board member to initiatives including the United Nations, the U.S. State Department, Rhize, Bright Pink, I Am That Girl, and LiveStrong and was named to Crain’s Chicago 40 Under 40 and Tech 50. He is a graduate of Brown
University and currently lives in Rhinebeck, New York, with his infinitely more awesome wife, Lydia Hill Slaby.
Open To: San Diego, San Francisco, Sacramento EO + EOA Members, Spouses, Sponsors